Emergent Christianity Blog Series: What is it?

One of the central themes of this blog is about changing our mind. It may seem at first to be an ambiguous statement, but in truth, it is the most essential decision a person can make in their life.

It can be very easy for people to fall into repetitive, comfortable lifestyles. The engine of these lifestyles is recurring thoughts and beliefs about life, the world, other people, and themselves.

Maintaining our old thoughts and beliefs about life leads to stagnation; we get stuck in a loop of stasis, where nothing changes and nothing gets any better. Our self-induced suffering, while bearable, keeps us from ever breaching into the magnificent depths of our True Self and nature.

Humans, in the earliest times of our development, discovered religion. I say discovered because religion is not something created by humans, as many people would be lead to believe. Religion is an expression of our interior experience of life and its mystery. Like art or music, religion is not inherent to humanity; its inherent to life. And life was not created by us.

And like with all things attributed to life, religion is meant to grow; develop; evolve.

If we take an honest look at mainstream religions, it’s very clear that many of them are a good century behind the curve of development of a growing majority of human beings living on the planet. Its no wonder, then, that in the western world, so many people are “losing their faith” and stepping away from mainstream religions.

I am sure there would be many who would claim this to be a good thing; themselves believing that religion is an antiquated, tribalistic, and useless human conception that does more harm than good in today’s world. And you know what, they would not be wrong.

The problem rests in the fact that mainstream religion is not, at best, a truthful representation of the immense value religion provides to the human experience. The sheer depth of the contemplative and esoteric nature of religion brings unequaled value and meaning to a person’s life, as well as providing the necessary ‘cardinal directions’ of right thought and right action to society.

I won’t argue that, from a traditional level, religion is and can be used as a weapon, rather then a revealed means of discovering and utilizing the quintessential dimensions of True and Full Reality; as God created it.

Therefore, a proper analysis of religion, particularly Christianity, can only be achieved by and through the honest, authentic, and meaningful study and practice of its core tenants and teachings, both revealed and discovered, with the sole intention of being transformed by it.

This is the real value of religion. To be transformed and purified, and thus prepared and ready to return home.

Humanity is on a journey of revelation and discovery; a cyclic path of return if you will, that has lead us from “the fall” or descent into “the dream” of physicality, and will eventuate into the full recognition and revelation of the Christ; the full embodiment of the “one and true Son of God”, in and as humanity.

Along this journey through time and space, we make continual leaps in development, characterized by a greater fullness of the qualities of spirit, expressed through our humanity in the various lines of intelligence and dimensions of experience which underlie the full constitution of the human condition. 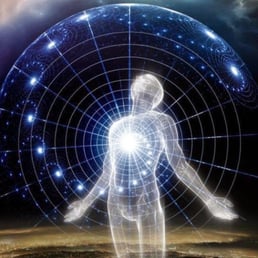 The latest leap in our ongoing evolution has opened a completely novel avenue of potentiality; a culmination of revealed truths and discovered meaning has allowed us to breach into a realm of experience not yet actualized in human history. For the purposes of this article, this unique altitude will be referred to as Second Tier, or Integral.  [See Integral Theory]

This leading-edge plateau is unique for various reasons, though I would say what makes it unique overall is in the way it looks back at the different stages of development which preceded it. Unlike first tier altitudes of development which looked down on the levels before it, the Integral level musters the courage to look through the lens of its predecessors.

What I mean is that the modern level of development scoffs at the traditional level, much how like an atheist scoffs at a person of religion. However, the Integral level recognizes the inherent value of its previous incarnations and seeks to embody and implement the best of those levels without discarding what may be of great value for future development.

With this wonderful new mode of reflection, all previous revelations and discoveries may be revisited and explored from this new plateau of consciousness, allowing for greater understanding and embodiment. And this coupled with a merging of State Training and Stage Development, the fullness of the human experience is now open to us.

Emerge is used of coming forth from a

place shut off from view, or from concealment,

The real gift of second-tier consciousness is what opens up to us as now possible. Much of the depth and fullness of our humanity had been concealed; shut off from our ability to enter into, due mainly to a lack of understanding [ignorance], insufficient maturity [arrogance], and a spiritual deficiency [under-developed spiritual vision]. With the exception of a very few personalities to grace the earth, humanity, by and large, was simply not prepared for Emergence.

As we breach into second-tier consciousness, we are finally ready to enter into an Emergent Spirituality. How this differs from previous incarnations of religion and spirituality is two-fold; first, we now have the contextual field of experience required to understand the deeper meanings and values of revealed, religious Truth, and second, through our continued spiritual and societal development, are equipped with the necessary tools and technologies (both psychic and computational) to more fully grasp and embody the essence of revealed religious and spiritual Reality.

Emergent Christianity is the most recent plateau of joining between the finite and infinite, the mundane and the divine; The Father and the Son.

The potential for a more full and divine Revelation of Truth and Reality, as God created it, is no longer a dim possibility, but has become the imminent birthright of every human soul and mind alive.

In future articles, many of the topics shared here will be discussed and investigated in greater detail.